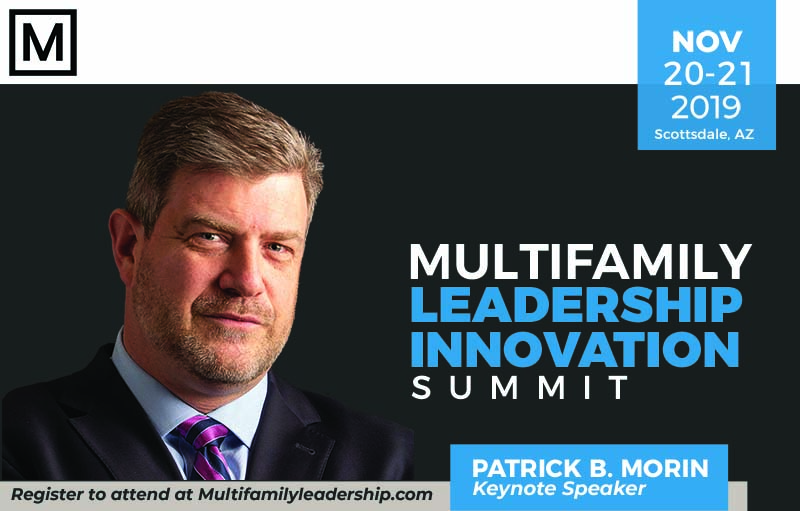 Patrick Morin is a partner with Transact Capital Partners, an investment banking firm that specializes in mergers and acquisitions in the multifamily, technology, logistics, and staffing industries. Transact was the advisor to Off Campus Partners in its recent sale to CoStar.

He was also one of the founding partners of BrightHammer, LLC., a global consultancy engaged by private equity groups, boards of directors, and CEOs to improve the performance of their invested companies.

Prior to his current engagement, he was seven years as Senior Vice President with Cornerstone Realty Income Trust, Inc., a New York Stock Exchange-traded company that owned and operated over 24,000 apartments. He remains very active in the multifamily industry as an advisor to a roster of industry companies.

For two decades, Mr. Morin was an instructor with world renown Dale Carnegie Training. He was certified to lead all Dale Carnegie programs and was ranked among the top three instructors globally. He was also was a member of the elite Global Delivery Team.

While a member of the National Speakers Association, he personally conducted thousands of keynotes and training meetings for businesses, associations, government agencies and community groups. Notable groups he’s addressed include: NASA, National Association of Women In Construction, the National Independent Staffing Association, The National Apartment Association, The Apartment Internet Marketing Conference (AIM), McDonalds, and the International Council Of Shopping Centers.

Mr. Morin appears on television, radio, and in print as an authority in his field. He has been appeared in Forbes, CNBC and wrote a weekly column on sales for the Central Pennsylvania Business Journal and lendio.com.